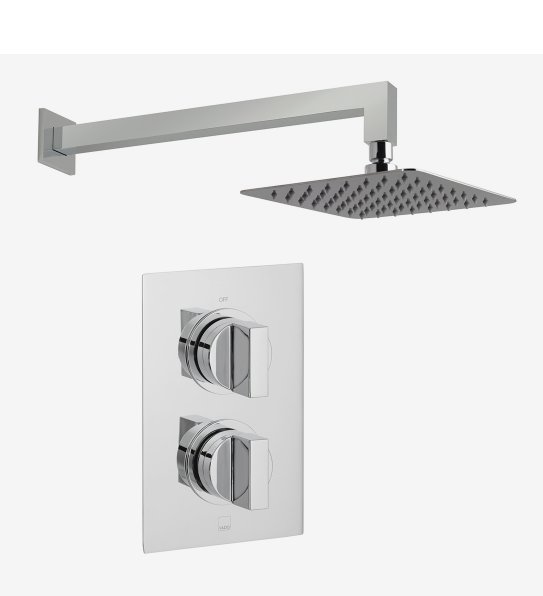 Hover over image to zoom
Description

The Vado DX Notion package gives you the luxury of a rain shower, and the beautiful appeal of the square shower head and thermostatic valve has been given a chrome finish that stays bright and pristine looking.The shower valves sit on a wall-mounted rectangular backplate and works using the reliable thermostatic functionality.